Question: What is one of the Most Common Mistakes Made by Trial Attorneys When Cross-Examining an Expert Witness? (16-06) 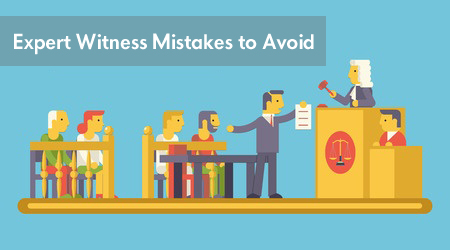 ANSWER: One of the most common mistakes made by trial attorneys when cross-examining an opposing expert witness is attempting to attack the expert’s opinion directly or head on.

To understand how indirect/peripheral cross-examination works, consider this example:

You’re questioning the medical doctor who performed an independent medical     examination of your client (the plaintiff) on behalf of the defense. The doctor testifies that your client’s back problems resulted from preexisting arthritic changes rather than from the automobile accident, as you allege.

By contrast, peripheral cross-examination is more effective because it focuses on:

For example, here’s how an indirect/peripheral cross-examination of the defense doctor could go:

Nowhere in this sequence does the cross-examiner directly attack the witness’s central opinion that the plaintiff’s present problems are due to arthritis instead of the accident. In fact, that opinion is never even mentioned. Instead, the cross-examiner has undermined the credibility of the doctor’s central opinion thru an indirect or peripheral attack on the doctor’s opinion.

EXCEPTION: The cross-examination of an expert witness is one of the most difficult and daunting challenges facing any trial attorney. If you are brave enough to attempt a full frontal attack on the expert’s opinion then you are going to need help. When preparing for the cross-examination of an expert witness one of the most powerful tools available to a trial attorney is the “Learned Treatise” exception to the hearsay rule found in MN Rule of Evidence 803 (18) which states:

To the extent called to the attention of an expert witness upon cross-examination or relied upon by the expert witness in direct examination, statements contained in published treatises, periodicals, or pamphlets on a subject of history, medicine, or other science or art, established as a reliable authority by the testimony or admission of the witness or by other expert testimony or by judicial notice. If admitted, the statements may be read into evidence but may not be received as exhibits.

In every profession there is at least one publication (and usually more) that experts in that field recognize as a reliable authority and would therefore qualify as a “Learned Treatise” under Rule 803 (18). Although the practical application of the “Learned Treatise” rule is beyond the scope of this post, learning how to use this powerful exception during the cross-examination of an expert witness is a skill that every trial attorney should learn.