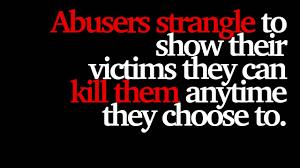 I write this post out of a sense of urgent concern. I recently observed an absolutely dismal bail hearing in a FELONY strangulation case presided over by a clueless judge and an uninformed prosecutor. (I will not mention the name of the county, judge or prosecutor).

After the defense attorney made an impassioned “no bail” argument that was filled with blatant misstatements of medical fact it became quite obvious that the judge and prosecutor were painfully ignorant regarding the insidious nature of strangulation. Bail was set at an outrageously low dollar amount and the victim and her family were visibly and justifiably upset.  (The victim looked terrified).

The purpose for re-submitting this training update (originally published in 2014) is to hopefully educate the bench and prosecution of critically important facts that must be considered in every felony strangulation bail hearing. I will go so far as to say that any judge or prosecutor not familiar with the medical/physiological facts outlined in this post has no business presiding over or prosecuting any case involving strangulation. The potential risk to victims are simply too great.

I have been publishing these judicial training updates for more than 10 years all for a simple singular purpose: the hope of keeping our bench and bar as well-educated on relevant issues as possible. When I was still on the bench virtually every judge in the state received these training updates.

To my dismay, I was recently told that judges no longer receive these training updates because someone high up in the judicial branch ordered an email spam filter that blocks the judicial branch from receiving these updates. I was deeply saddened to hear that and sincerely hope it isn’t true. In the meantime, if you know a judge, especially a newer judge, that you believe could benefit from this update (or anyone else for that matter) please feel free to pass it on. Now, on to the really important facts:

QUESTION: When making bail decisions in Felony Strangulation cases, what seven well-established medical-physiological facts should every judge (and attorney) be aware of?   (the facts in #5 will amaze you!)

IMMIGRANT CRIME VICTIMS & U-VISA CERTIFICATION: What it is and Why Should Judges Care? Ten facts that every judge (and attorney/officer) should know (15-13)

U-VISA CERTIFICATION: In every judge’s career there will likely come a time when they are asked to sign a U-visa certificate on behalf of a noncitizen crime victim. The decision whether or not to sign the U-visa certificate is completely subject to the judge’s discretion. However, in order to intelligently exercise that discretion the reviewing judge, at a minimum, should be familiar with 10 basic facts regarding this Federal program. In addition to judges, Congress also included law enforcement officers and prosecutors on the list of persons authorized to sign U-visa certificates.

Both of the enclosed training updates (a Minnesota version and a National version) have been fully vetted by the U.S. Citizenship & Immigration Services (USCIS) and the National Immigrant Women’s Advocacy Project (NIWAP). The National version will be posted and stored on the NIWAP’s online U-visa resource library.

TO READ THE FULL TRAINING UPDATE CLICK ON THE FOLLOWING LINK(S):

SAFE AT HOME PROGRAM: Minnesota is one of 39 states to enact “address confidential” legislation for 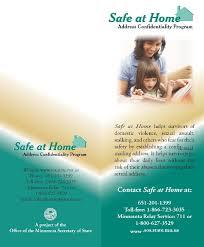 victims of domestic violence. In 2007, M.S. Chapter 5B established the “Safe at Home” Program which is operated through the Office of the Secretary of State.

The “Safe at Home” Program allows victims of domestic violence, sexual assault, and stalking who fear for their safety to enroll in an address confidentiality program.  The core tenet of the program is the non-disclosure of a crime victim’s residence. However, Safe at Home is not just for victims of domestic violence and stalking. The program can include anyone who fears for their safety (law enforcement, etc.).

This Training Update will answer 3 questions:

1) What is the Minnesota “Safe at Home” program?

2) How does it benefit victims of domestic violence, and

3) Under what circumstances can the District Court order disclosure of a victim’s confidential physical address?

Posted in "Safe at Home" Program 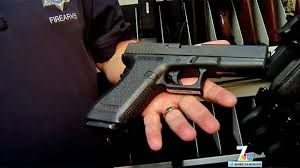 QUESTION: What is the 2014 Domestic Violence Firearm Act (HF 3238, Session Law Chapter 213, also called the Firearms Transfer/Surrender Act) and what do Minnesota judges need to know in order to comply with its mandatory provisions? Enactment of the new law has generated a great deal of confusion among court administration, attorneys and the bench.

ANSWER: The Firearms Transfer Act is a new series of laws that went into effect on August 1, 2014. The act requires defendants convicted of certain domestic violence offenses or persons subject to an Order for Protection (OFP) or Domestic Child Abuse No Contact orders to “Transfer or Surrender Firearms” during the time they are prohibited from possessing firearms (i.e. period of probation or length of the no contact order). The act makes it MANDATORY for judges to order the “Transfer or Surrender” of firearms if the act applies.

This Update will hopefully simplify the new law by breaking it down into 8 facts that explains what judges and attorneys need to know in order to comply with the mandatory provisions of the Act.

COURT-RELATED VIOLENCE; 15 FACTS EVERY JUDGE (and attorney) SHOULD KNOW (14-17) 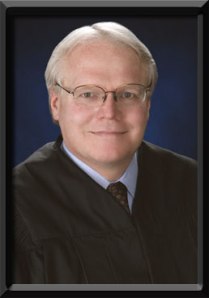 Attempted Murder of a Judge: The facts in this update come from an amazing story. Eight years ago a sniper shot Judge Chuck Weller (a family court judge in Reno, Nevada) just above the heart as he was standing in his courthouse chambers. The shooter was an estranged husband embroiled in a contested divorce and child custody action. The shot was fired from the roof of a parking garage 200 yards from the courthouse. Earlier that day, the husband stabbed his wife to death during an exchange of their nine-year old daughter. Following his recovery, Judge Weller entered into an advanced degree program and wrote a doctoral dissertation on courthouse violence. This training update summarizes 15 key facts uncovered from Judge Weller’s exhaustive research into this troubling area. One of the most interesting findings is the correlation between courthouse violence and domestic violence (see finding #6 on page two). These are facts that every judge, attorney and the general public should know.