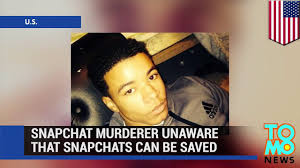 Greetings to all my cold Minnesota friends (cold hands but warm hearts). I’m writing this post from my winter home in Scottsdale, AZ where it’s currently a balmy 66 degrees. (sorry I couldn’t resist). Since writing my last update two months ago, I had tentatively decided to stop blogging and focus my attention on other endeavors. But something changed my mind.

The blog website recently crossed a historic threshold, 100,000 visits! When I started this online training service 3 years ago I never imagined it would ever reach the 100,000th mark. Use of the Resource Library hyperlinks have actually increased over the past year and new followers continue to subscribe to the blog site weekly. In addition to the search feature for all past training updates, the most popular website feature is the Judicial Resource Library with its numerous hyperlinks to various research and reference sites.

I decided that as long as there is continued use and interest in the blog site I will continue to post. So for this week’s post I return to my 2nd most favorite legal topic: Evidence.

Several years ago I wrote one of my most popular training updates and cover article for Bench & Bar magazine titled: “Admissibility of Electronic Evidence”. In that article I stated:

During trials, judges are often asked to rule on the admissibility of electronic evidence. How the court rules on questions of admissibility could substantially impact the outcome of a civil lawsuit or determine the difference between conviction or acquittal of a defendant. This unique form of evidence typically falls into one of five distinct categories: 1) Website Data; 2) Social Network Communications and Postings; 3) Email; 4) Text Messages; 5) Computer Stored/Generated Documents.

All of  that is still true, but now there are many more social media platforms to consider. For example, Snapchat in particular has become a fertile source of evidence not to be overlooked.

In his recent post on Technologist, Casey Sullivan explained that because “much of a Snapchat user’s life is captured and transferred through the app, it has become an important source of evidence.”

For example, in July 2016 a man and a woman in Massachusetts were convicted of sexual assault of a 16-year-old after they recorded the attack on Snapchat. Jurors were shown screenshots from the Snapchat video during the trial.

Snapchat’s speed filter, which lets users show how fast they’re going while taking a photo, was used as evidence in a Georgia case involving a high-speed car crash. Plaintiffs sued both the driver and Snapchat, arguing that the speed filter encourages reckless driving and can cause crashes. Snapchat’s speed filter also may have played a role in a car crash that killed three young women.

And in an extremely macabre instance, a teenager from Jeanette, Pennsylvania posted a Snapchat selfie with a murder victim. That Snapchat photo became key evidence against him in his murder trial. Investigators told the Pittsburgh Tribune Review that the picture, screencapped by a recipient and shown to authorities, led to a search of defendant’s home, where police found the murder weapon in the defendants bedroom, a 9mm handgun. The  16-year-old defendant confessed to the murder.

It’s easy to imagine a myriad of cases in which Snapchat can be used as evidence. As Casey Sullivan put it, “[p]ersonal injury lawyers, divorce attorneys, criminal defense attorneys, and more could all benefit from evidence found through Snapchat.”

And the ephemeral nature of pictures on Snapchat isn’t necessarily a problem. Sullivan explains that some Snapchat evidence is retained when users take screenshots of snaps and “Snapchat itself keeps logs of previous snaps.” But even deleted snaps don’t necessarily disappear; digital forensics experts can still pull them from the phone.

Now that you know to look at Snapchat for evidence, what about getting that evidence admitted at trial? For a refresher on how to get social media evidence admitted, including the key hurdle of authentication, read my October 14, 2013 Bench & Bar article on “Admissibility of Electronic Evidence – Focus on Authenticity” or my 2013 training update on Electronic Evidence (13.11).

One response to “SNAPCHAT AS EVIDENCE: THE SMOKING GUN OFTEN OVERLOOKED (16-08)”

This site uses Akismet to reduce spam. Learn how your comment data is processed.